In Chicago Scott has performed with his trio at all the major venues including the Jazz Showcase , Andy's ,  Pete Miller's ,  Pop's For Champagne  and was the founding father of the jazz programs at the
Chambers,
Chicago Blue Note (Beale St. Blues Cafe),
Frankie's Blue Room,
Tony's Paisons,
Delaney & Murphy's,
Regina's and others.

Originally from Pittsburgh Pennsylvania, moved to Miami , Florida  to attend the University of Miami as a studio music and jazz major on piano. At the same time he began to perform professionally on Miami Beach and Ft. Lauderdale on guitar and vocals. Later, he would go on to lead his own bands on piano , performing most of the major venues in the South Florida area.
During this period...
(1972-1990)
...... studied with Wally Cirillo, ( who recorded with Charles Mingus and studied
under John Cage)
......he wrote music weekly for the children's show "Arthur and Company"

...... was the house trio in "Hemmingways" (which boasted acts like Buddy Rich, Earl Fatha
Hines , Lionel Hampton, Freddie Cole and many others)

....... recorded two albums under his own label BEKA Records , 'Through Kathleen's Eyes' and 'Language of the
Heart'
...... had the house band in the Doral Hotel on Miami Beach for two years

He then went on to run many successful jazz programs in various chicago clubs
and has recorded with musicians, that include legends like Ira Sullivan, Larry Coryell, and Paul Wertico . 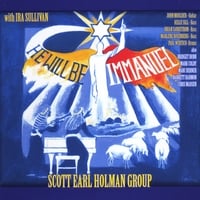